A complete 2.7K camera and 3-axis gimbal system come integrated with the Phantom 3 Advancededition quadcopter from DJI. In addition to video, the camera is capable shooting up to 12MP still photos using JPEG or non-proprietary DNG RAW format. The three axes of the gimbal give you pan and tilt control, and keep the horizon line level even as the aircraft banks. Different gimbal settings allow the camera to lock onto a fixed subject, be moved manually using transmitter rotaries or the app, or to simply provide camera stabilization.

To provide an convenient and safe way to store and transport your quadcopter and accessories in, a backpack is included as part of the bundle.

For more information on the items in this bundle, please follow the links below.

A complete 2.7K camera and 3-axis gimbal system come integrated with the Phantom 3 Advanced edition quadcopter from DJI. In addition to video, the camera is capable shooting up to 12 MP still photos using JPEG or non-proprietary DNG RAW format. The three axes of the gimbal give you pan and tilt control, and keep the horizon line level even as the aircraft banks. Different gimbal settings allow the camera to lock onto a fixed subject, be moved manually using transmitter rotaries or the app, or to simply provide camera stabilization.

This bundle of the Phantom 3 is classed as "ready-to-fly." This means the basics to get you in the air are included - a flight battery, charger, and pre-bound handheld transmitter (radio controller), and 16GB microSD card among them. Depending on your application, you may also require additional memory cards, additional flight batteries, and a mobile device to access the app, and possibly other accessories. Also note that a number of important compass and GPS calibration steps must be carried out before flying to ensure the flight control computer operates correctly. Please refer to the manual or Quick Start Guide before your first flight.

The burden of processing and analyzing flight data in real time it taken up by the Main Controller, the brains of the computerized flight control system. It collects data from the entire system, including motor speed, GPS location, your command inputs, and data from automatic sensors, and analyzes it all to tell your Phantom 3 exactly how to behave at any given moment

Because of the complexity associated with multi-rotor aircraft the Phantom 3 relies on a GPS-based navigation system to maintain flight stability and provide other features. While fully manual operation is possible, most users, especially videographers hoping to get the smoothest possible shoots, will opt for one of the GPS-assisted modes

The Inertial Measurement Unit (IMU) uses a 6-axis gyroscope plus an accelerometer to keep track the slightest tilt or change in acceleration. This data is relayed to the Main Controller and used to help maintain a stable flight

Four Electronic Speed Controllers (ESCs) not only relay vital motor speed information to the Main Controller, they also send commands back to the motors based on your input. This constant communication helps keeps your Phantom 3 stable in flight, and also helps you achieve any flight movement, from gentle pans to rapid acceleration

Vision Positioning System uses a specially designed camera as well as sonic waves to provide comparable stability function indoors or close to the ground as GPS does outdoors. This technology allows the Phantom 3 to hold its location, stop when the controls are released, and quickly respond to pilot commands even when GPS is unavailable

With one tap in the DJI Pilot app, the Phantom 3 will turn on its motors and raise to a pre-set height. It will then hover in place, completely motionless until you direct it where to go

When GPS is available, the Phantom 3 remembers the exact spot that it took off from. Simply tap a button to have it return to the point from which it took off

If the Quadcopter loses the signal from the controller for any reason or the battery starts to run low the "return to home" feature will initialize. The aircraft will ascend to 60 feet then make a straight-line course back to the "home position" you will have defined during the GPS calibration process. Once there, it will safely descend to the ground and power itself off

IOC is designed to help make flying more intuitive. Nominally, the yaw control will allow the Quadcopter to rotate continuously, which can quickly become confusing if you lose track of which way is "front". Suddenly your controls can get mixed up, where pressing right causes the craft to move left and pressing forward causes it move backward. Intelligent Orientation Control prevents this from happening, keeping the "tail" of the Quadcopter pointed roughly toward the pilot at all times

With Follow Me, the aircraft will automatically follow you and capture your every move from a unique aerial perspective

By activating Course Lock, the controls will be set to be relative to your aircraft's current path. This easy navigation allows you to fly in a set direction as you fly alongside moving objects or across scenes

Fix your controls to be relative to the Home Point. Easily pull back on the control stick to bring the aircraft back home, or push forward to fly farther away, no matter which way it is facing

The included camera system features video recording at up to 2.7K30 (2704 x1520) in H.264 and also takes JPEG and DNG RAW photos at 12MP. The camera mounts via an integrated 3-axis gimbal that provides stabilization as well as pan and tilt control. Media is recorded internally to a microSD card

The camera features a 94° angle-of-view lens, which is a narrower angle than a fisheye for less distortion while still being wide enough to enable capturing establishing shots. The lens features an f/2.8 aperture and is comprised of 9 elements, including an aspherical element

The gimbal provides stability by counteracting unwanted motion such as wind buffeting or vibration and also keeps the horizon level even as the quadcopter banks. Control dials on the transmitter (radio controller) allow you to manually pan and tilt the camera

View a live 720p HD image with the free Pilot mobile for Android or iOS mobile device. The app also enables full camera control, letting you set parameters such as camera tilt, ISO, shutter speed, white balance as well as set video start/stop and take photos. The mobile device tethers to the transmitter via USB (cable available separately). A wireless range of up to 3.1 miles line-of-sight is provided (depending on conditions)

Once recorded, photos and video footage can be downloaded directly to the phone allowing them to be edited complete video with music, text, and more, and shared on Facebook, Instagram, or other social media networks - even while the Quadcopter is still in the air. If you have an Internet connection, you can even stream live to YouTube

The app isn't just for flying. A flight simulator allows you to get some practice in before taking to the skies. A flight log allows you to review all of your past flights, with the time, duration, and even photos and videos you took

See yourself or your flight platform on a live map, and log exactly where you are filming

Access all of your DJI information in one place. Participate in the DJI Forum, earn DJI Credit for future purchases, and review your preferences directly in the GO app

All of your photos and videos that were shot using a DJI product and the GO app are stored in one place, making it easy to browse, share, and send your footage anywhere you like

With sensitive control sticks, dedicated buttons, and over 3.1 mile range, the customizable Phantom 3 remote controller has been designed to put the controls you need where you need them.

Control, a live video feed (FPV), telemetry overlay (OSD), and more are all rolled into one app-based solution. Simply mount a compatible iOS or Android mobile device (available separately) on the transmitter (controller) with the included mobile device holder and connects via USB. Communication between the app and the Phantom 3 is facilitated by the transmitter's radio, meaning signal quality won't be hampered by relying on the mobile device's Wi-Fi

A type A female USB connector is provided for tethering an iOS or Android smartphone or tablet for live FPV monitoring and camera operation. A mobile device holder is included for mounting your device directly to the transmitter. It adjusts to accommodate both smartphones and tablets in landscape orientation

The flight battery slots into the "tail" of the Phantom 3 and features and on/off switch plus four LED charge indicators that are visible while flying - so you can keep track of remaining flight time without needing to consult the app. For recharging, balance and power regulation is handled internally within the battery itself. You simply plug it into a wall outlet with the supplied power cord and you are good to go

Computational fluid dynamics (CFD) have been applied to the prop design, providing them with increased thrust and better efficiency compared to previous props used on earlier Phantom models. The self-tightening design helps ensure they do not loosen in flight and not require a separate prop nut

The Intelligent Flight Battery for Phantom 3 from DJI slots into an opening the tail of the aircraft and features four LEDs that display remaining capacity. Power management is handled internally, meaning the battery doesn't require a separate balance lead to control charging. It will provide flight times of up to 23 minutes, depending on conditions.

Note: Only use with charger approved by DJI. "Universal" RC battery chargers will not work with this battery.

With room for a DJI Phantom series Quadcopter and accessories, the Phantom Backpack provides a convenient way to safely transport your investment, whether trekking or just going for a walk in the park. Based on a Manfrotto video backpack design, it will accommodate any Phantom model - original Phantom 1, Phantom 2, Phantom 2 Vision/Vision+, or Phantom 3, along with a set of props with room for spares, up to five batteries , a laptop up to 15", and more. The case is water-resistant, features protective cushioning, and includes a rain cover.

Can be carried as either a shoulder bag or backpack, and has six outside pockets for convenience

One 15-inch laptop and related accessories/cables 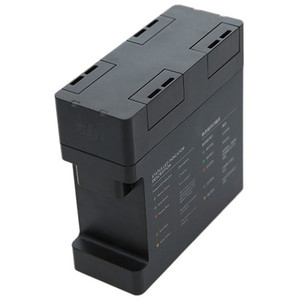 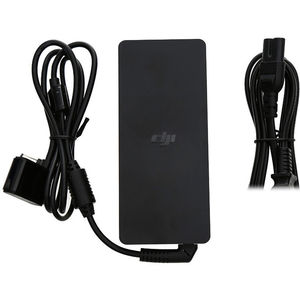 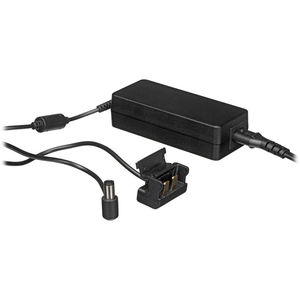 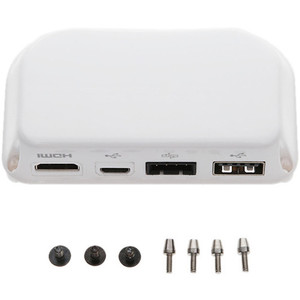 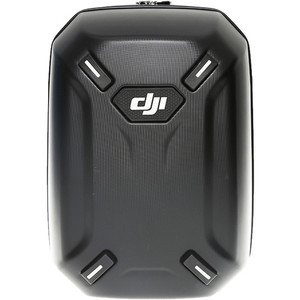 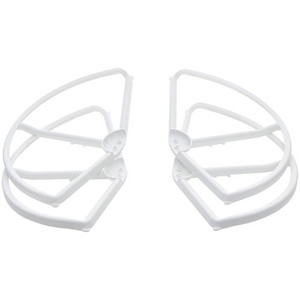 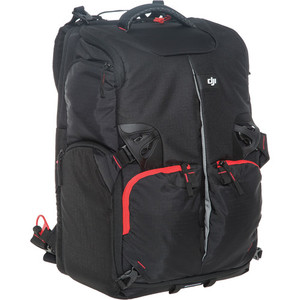 New Customer coupon code STREET enter this code at checkout to receive 3% off your first order!